You Can't Hadland The Truth!

The truth being that SARAH HADLAND is pretty darn fabulous. She has been all over out TV sets in the last few months, primarily in her role as Stevie in Miranda. The sitcom hauled a massive 10.5 million viewers on Boxing Day and is now a regular feature every Monday on BBC 1 with regular viewing figures of over 7 million. Miranda's move from BBC 2 to BBC 1 has only proved to intensify the programme's huge fan base which sits predominantly amongst teenage girls and women.

In the run up to the Miranda Christmas Special Sarah was interviewed on BBC Breakfast and BBC Radio 4's Loose Ends with Clive Anderson. Last weekend she appeared on Channel 4's Sunday Brunch along with Harry Hill which you can watch here on demand. The press has also gone wild for Sarah with interviews in the Mail on Sunday's You magazine, a review in this week's Radio Times and a feature in The Sunday Times Travel section.

Closer to home you can listen to Sarah this Saturday on the Graham Norton Show on BBC Radio 2. She will also be chatting with Richard Bacon on his 5 Live show next Monday 28th January.

In late Spring/early Summer Sarah will be starring in ITV1's The Job Lot acting the role of Trish, a Job Centre manager who is experiencing some issues. This drama is an observation comedy in which Sarah will be alongside the brilliant Russell Tovey.

So it seems the multi talented and multi voiced Sarah Hadland will continue to be a regular fixture in our TV and Radio lives and we are thrilled, we love you Sarah!

SARAH HADLAND has been a voice over artist at Another Tongue voice agency for 12 years. 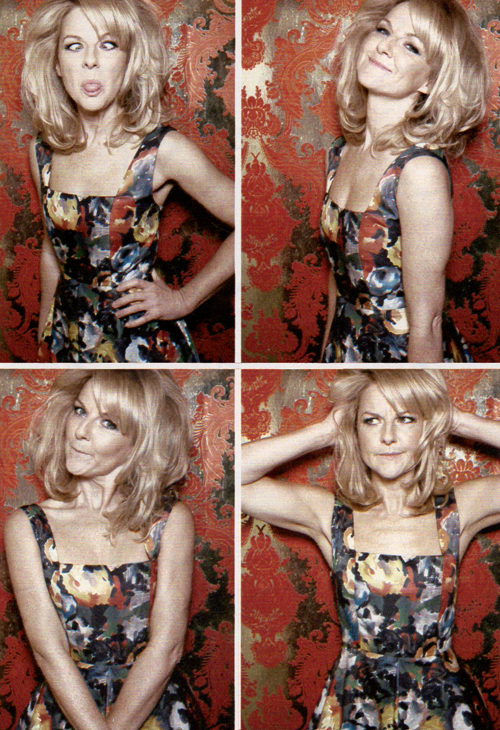