Not in the sense that she's creating a scene in the office, ROSIE CAVALIERO is starring in 'Twelfth Night' this Sunday on BBC Radio 3 at 8.30pm.

As you can see from this spiffing picture of a read through, she is starring alongside David Tennant. The show is all part of BBC Radio 3's Shakespeare season which means the following Sunday ROSIE will be on air at exactly the same time with a part in 'Romeo and Juliet'.

So tune in and get turned on...or something along those lines, depends how much you like Shakespeare really. If you would like to know more about the show simply visit their website.

ROSIE CAVALIERO has been a voice over artist at Another Tongue voice agency for 12 years. 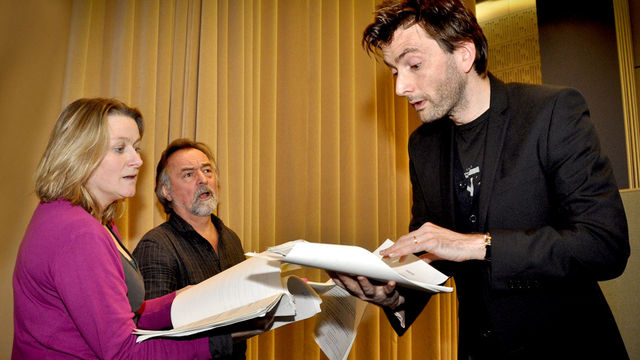