Rehearsed and planned in secret, the play was announced in the same week the Phone Hacking trial concluded. The impact of this production, written by Richard Bean, has been so impressive that it has already moved to the West End.

This means you've still got until mid January 2010 to see Robert in action at the Theatre Royal Haymarket. We paid him a visit to find out more about his role, here's what we found out;

For tickets and further information about 'Great Britain' simply visit their website. 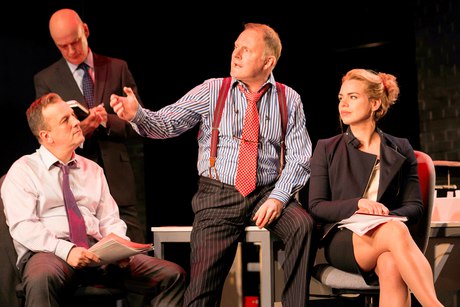