Mark Strong Wins Award For A View From The Bridge

MARK STRONG has been honoured by the Critic’s Circle for the his role in the play A View From The Bridge .  He was named best actor at the recent awards ceremony.  Mark is now rehearsing ahead of the play’s transfer from the Young Vic to Wyndham’s Theatre with the curtain going up on February 16th.   Mark who can be currently be watched on the big screen in The Imitation Game and  Kingsman explained he chanced upon Arthur Miller’s classic when looking through film scripts at home.

“I picked it up and it was head and shoulders above everything else I was reading.  I thought maybe this is the time to go back and do a play.  Nothing had really come along that I wanted do until this.”

Mark’s performance in A View From The Bridge received universal praise and wonderful reviews and we are thrilled that there will be another opportunity to watch this marvel of a play again at The Wyndham’s Theatre from 16thFebruary - this is definitely one not to be missed!

A selection of reviews for A View From The Bridge 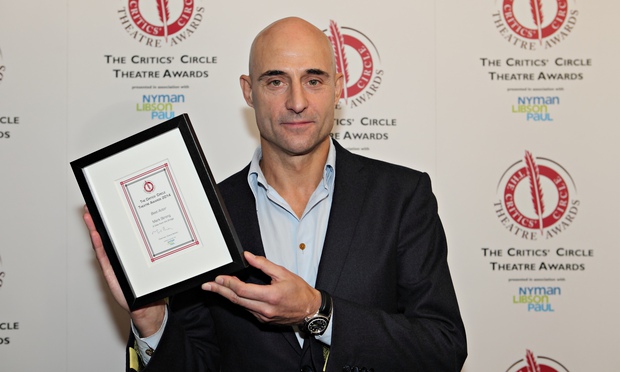