Kevin and Kris Are Breaking Records

Kevin Bishop and Kris Marshall are starring in a new comedy from the writers and producers of 'Death at a Funeral' called 'A Few Best Men'.


In Australia, where the film is set and has been released first, they have taken 2 million at the box office in the first weekend which is the biggest opener in Australia for 12 years.

Let’s have a look at what The Vine had to say about the film;

“A Few Best Men is a humorous, slapstick at times, cringe-y ride scripted well by Dean Craig, who really takes aim at the idea that weddings aren't for the happy couple as much as they are for parents looking to paint a pretty picture of a functional family.

Last year, The Vine's foremost Top Ten writer Anthony Morris astutely opined that, "In a way it’s a shame that Muriel's Wedding turned out to be one of the best and most-loved Australian comedy movies of all time, because it’s meant that no-one wants to go up against it. It’s a no win situation: even if you make a great wedding film, people will still say “Yeah, but it’s no Muriel’s Wedding”. So while Hollywood happily churns out wedding-themed hit after hit – did someone say Bridesmaids? The Wedding Planner? The Wedding Singer? Wedding Crashers? My Best Friends Wedding? My Big Fat Greek Wedding? Runaway Bride? – Australia just says “You’re terrible, Muriel” and goes off to make another comedy about wogs."

And he was spot on, it's no Muriel's Wedding. But what Craig and Elliott's comedy achieves is perhaps the first steps toward a different sort of wedding-related film in the Australian landscape: not one trying to compete with a cult classic, but one that's just looking to let its hair down and have a good time.

Read the original article from The Vine

Kevin Bishop has been voice over artist at Another Tongue voice agency for 6 years.

Kris Marshall has been voice over artist at Another Tongue voice agency for 4 years. 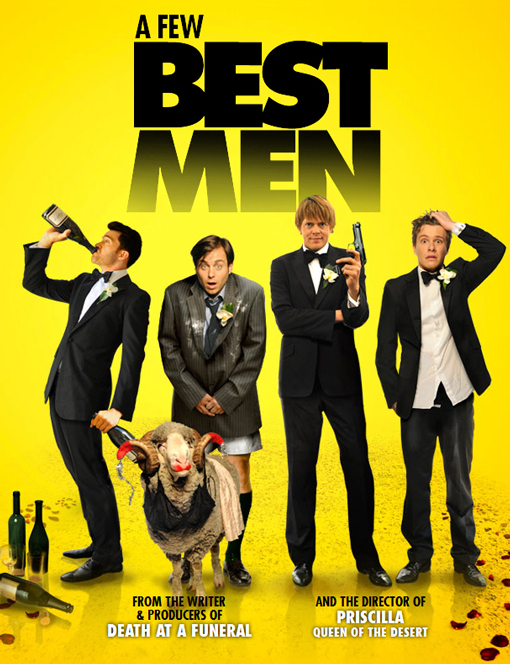