Julian and Jonathan Star in My Night with Reg

Following its critically acclaimed sell-out season at the Donmar Warehouse, Kevin Elyot’s classic comedy transfers to the Apollo Theatre for 12 weeks only.

This classic piece of modern British theatre stars JONATHAN BROADBENT as Guy and JULIAN OVENDEN as John. Set in Guy’s London flat, old friends and new gather to party through the night. This is the summer of 1985 and for Guy and his friends life will never be the same.

Please watch Jonathan and Julian talk about the play and their roles in My Night With Reg in the clip below. 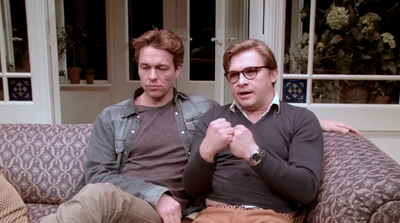