Our wonderful Jonathan Broadbent has been named winner at the Clarence Derwent awards this year, which honors best supporting actors in a production - this in case My Night With Reg (which also starred another one of our voices Julian Ovenden) (2015).

Jonathan accepted his award with some inspiring words:

“Me and my wife were homeless, we’d given up our flat in London, we were trying to figure out how we would start the next part of our lives. And the West End transfer…the house that we now own is the house that Reg built,”.

Jonathan has donated his entire prize to a mental health project. 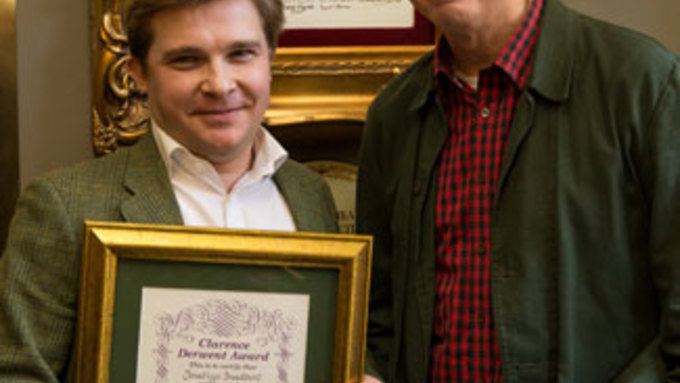