Gillian Anderson in The Metro

GILLIAN ANDERSON was at the screening of the third series of 'The Fall' last night.

She was snapped by The Metro alongside co-star Jamie Dornan at the BFI Southbank here in London.

The new series starts later this month on BBC Two. 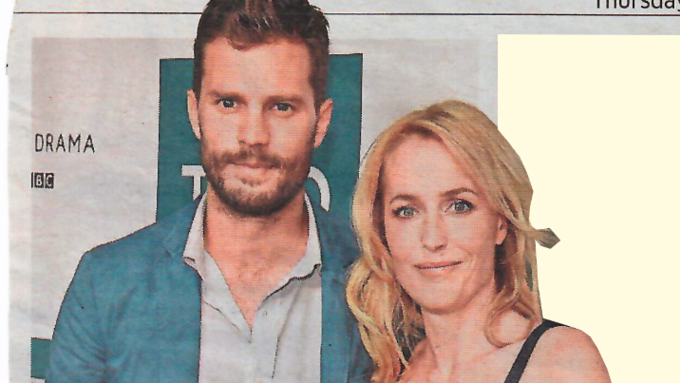