DAVID MORRISSEY is currently hosting a weekly show every Monday night at 10pm on Soho Radio and last night he was joined by his hangmen co-star ANDY NYMAN. If you missed the show you can listen back here

DAVID MORRISSEY and ANDY NYMAN together in the West End run of Martin McDonagh’s incredible HANGMEN. The play debuted at The Royal Court to huge critical acclaim and is now showing at Wyndham’s Theatre until 16th March. David returns to his role of Harry and Andy has taken the role of Syd. We loved every single line of this play and will be definitely seeing it again.

★★★★★ 'The most line-by-line funny show London has seen in years.' - The Daily Telegraph 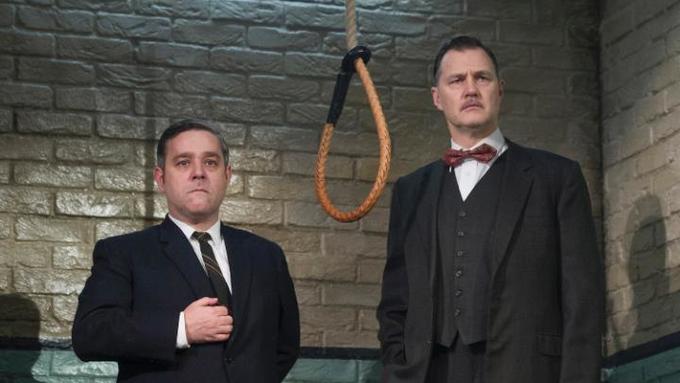