From tonight CRAIG KELLY can be seen on stage at Trafalgar Studios in 'Chicken' alongside Loose Women's Lisa Maxwell.

This is normally the part where we tell you a little bit about the show but it's raining outside and we can't be bothered. Plus we've found a video where CRAIG does it all for us which you can watch below.

The show runs until Saturday 21st July so get in quick. CRAIG has previously starred in Coronation Street, Queer As Folk and BBC1's Strictly Come Dancing.

CRAIG KELLY has been a voice over artist at Another Tongue voice agency for 10 years. 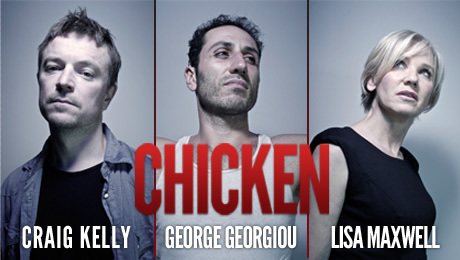