SAM HAZELDINE is playing the role of Georgie Sewell in Series Two of The Peaky Blinders.  This cracking drama had us hooked with the first series and it is great to see one of our talented boys in Series Two.  Sam’s role is Georgie Sewell  who is  the right hand man and consiglieri to Darby Sabini - the Italian mob boss in London.  With Sabini’s volatile nature Sam’s character has to use all his skills and patience to keep his boss on the right path when inevitably situations get fraught.   There was even a real life Georgie Sewell who was a boxer known as “The Cobblestone Kid”.   If you have been unfortunate to have missed this wonderful drama then there is always catch up! 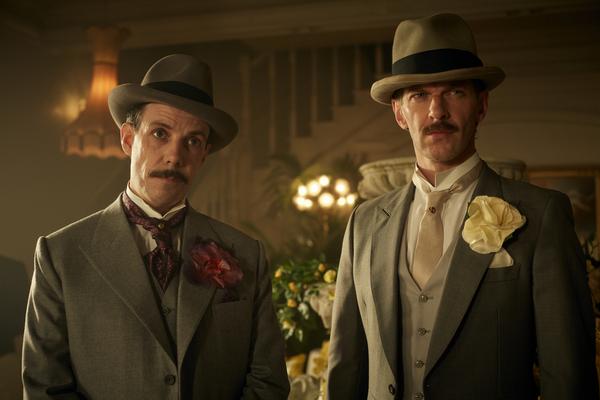 Sam (on the right) as George Sewell
share me