Sad Farewell to Call The Midwife

Last Sunday we bid a teary farewell to the current season of Call The Midwife.  This beautifully written and artfully acted series has covered many hard hitting subjects apart from midwifery and has become a highlight of our Sunday evenings.

This season we saw regular, BEN CAPLAN, resume his role as PC Peter Noakes.  And CARA THEOBOLD was the lead in an episode as the pregnant Marie Amos whose husband is hiding a secret from her and the world.  And then this Sunday MIRANDA HART made an appearance in her regular role as Camilla ‘Chummy’ Fortescue-Cholmeley-Browne.

We have watched the season avidly and are looking forward to watching Call The Midwife again very soon. 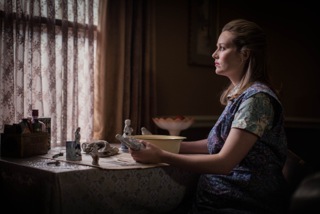