MARK WILLIAMS is the lead in Father Brown - a drama based on the stories by GK Chesterton about a crime solving Catholic priest.

This well received TV series can be currently watched at 2.15pm Monday through to Friday on BBC One. Father Brown is set during the early 1950s in the fictional town of Kembleford where Father Brown is the parish pries. Mark brings the character of Father Brown to life. – a slightly crumpled, mild mannered, easily forgotten but with a razor sharp intellect. However Father Brown never judges - just saves souls. 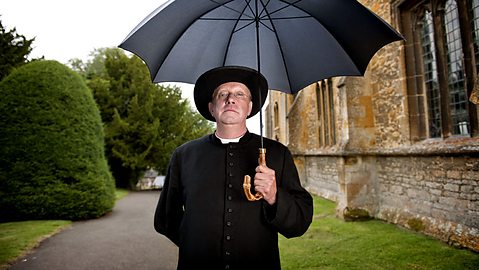