Friday 24th October 2014
Well known for his role in Hustle you can currently see ROBERT GLENISTER at Theatre Royal in a new play by Richard Bean called Great Brtain.  After a successful run at the National Theatre the play has been transferred to packed audiences in the West End.

Compelling and very funny this drama tells the story of the press, the police and the political establishment.  This anarchic and foul mouthed satire holds back no punches!  Robert plays the role of the editor to a tee - free swearing and determined at all costs to get the story before anyone else.

As the audience we are flies on the newroom wall of top tabloid - and we were gripped to the very end! 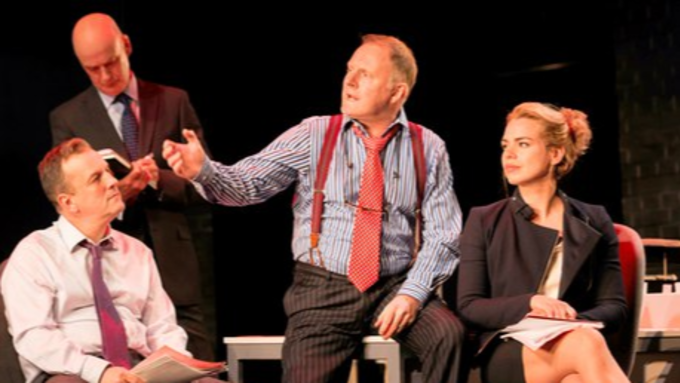