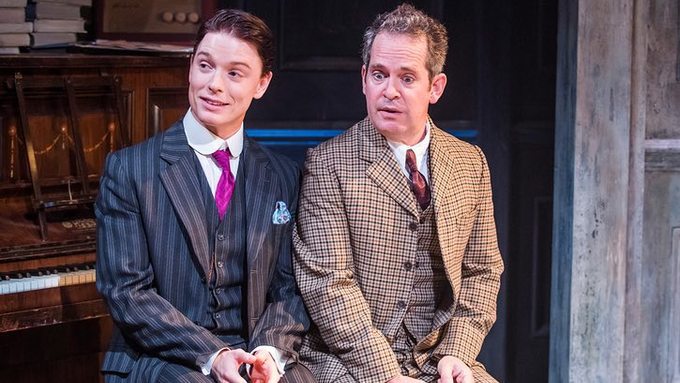 Following a sell-out run at the Menier Chocolate Factory, Travesties opens on the West End tonight for a 12-week stint.

Starring our lovely TOM HOLLANDER as Henry Car, and FREDDIE FOX as Tristan Tzara, Travesties has received rave reviews as one of London’s top theatre picks. The revival of this war time comedy comes 20 years after the original London debut and the praise for director Patrick Marber and cast just keeps on coming.

The award-winning play Travesties opens at The Apollo Theatre on February 15th and is set to run until April 29th 2017.

Tickets are now on sale, make sure you don’t miss out!