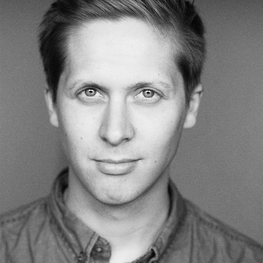 An actor and character comic who has performed on BBC Radio 4 & at comedy festivals all over the world. One half of double-act Cloak & Dagger with Rose Robinson, whose debut show 'Great British Mysteries?' enjoyed a sold-out run at the Pleasance, Fringe '17