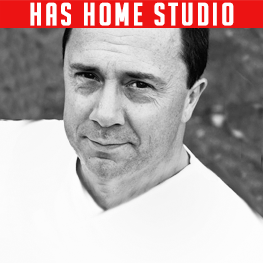 Friendly with a Slight Northern Lilt. A Voice you can Trust

Robbie Jarvis has acted on the stage and the screen. You may recognise Robbie from the television series 'Hustle' in which he played 'Eddie' or as 'DCI North' in 'Southcliffe'.

David Brent: Life On The Road

Get A New Life - Series Narrator