ANGELA GRIFFIN is starring in the play Building The Wall at the Park Theatre. This two hander tells the story of a criminal who has committed the crime of the century and his decision to tell his story to one person - Gloria - played by Angela Griffin. Receiving wonderful reviews across the board this play runs until 2nd June 2018.

A binge-worthy, 80-minute box-set of a show. If Netflix did theatre...' ★★★★ The Stage '80 taut minutes that unwind like a coiled spring in Jez Bond’s lean production... Trump, on the other hand, might want to give this one a miss when he visits London.' The Times

'A chilling dystopian drama' The Guardian

'This is a smart, sharp and thrilling play, executed in perfect detail' ★★★★★ Entertainment Focus 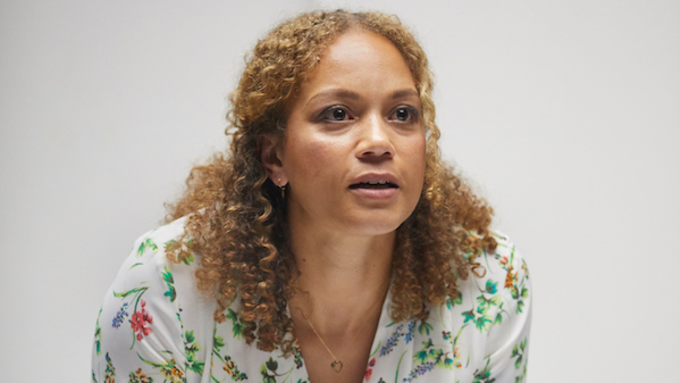